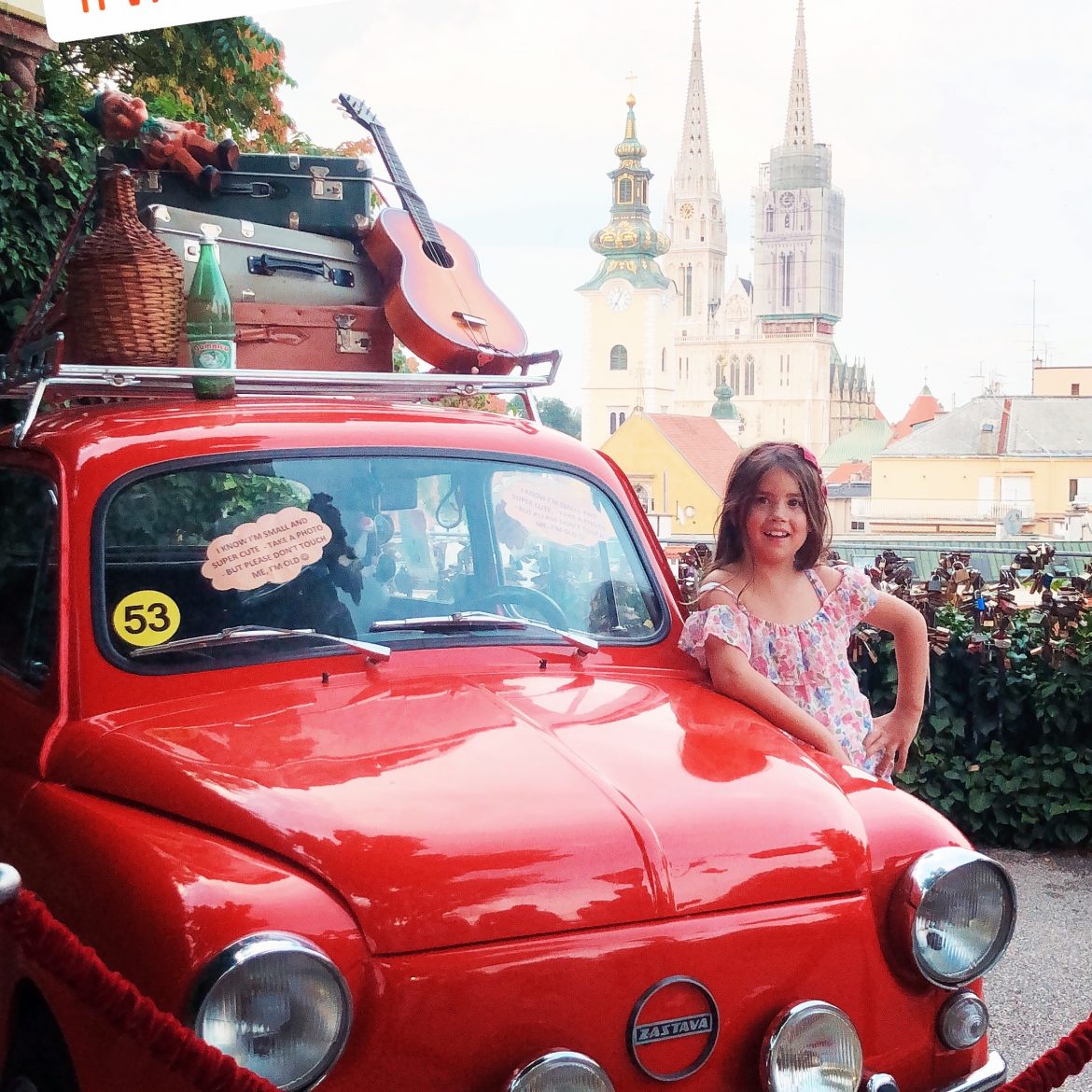 Croatia had been on my list for a very long time. Especially sailing in Croatia. I don't know why, I dreamt of idyllic islands, clear blue waters and deserted beaches. But I wanted the kids to be older and able to swim well.  And now we were finally heading to Croatia. It was a spur of the moment thing, as we hadn't planned to go anywhere. So we decided to see if there was still a boat available, and there was. Because we had booked so late we even got a really good discounted price. The only problem was finding affordable tickets. There was a way, with a transfer in Paris and flying into Zagreb in stead of directly to Split/Trogir, where our boat was located. So we flew off to Zagreb, and retrospectively so happy for not finding other flights.

So we started our trip in Zagreb, the capital of Croatia. The city is located in the north of Croatia, close to the border with Slovenia. Zagreb is a very old town, the first mentioning of the city dates back to 1094. The city's metropole is the largest of the country counting a little more than 1 million inhabitants, most of them are Croatian, only 10% is Serbian. Zagreb is actually a beautiful city with a rich history because of its excellent location between Venice, Vienna and Budapest. The city is filled with grand buildings, many theaters (20 in total) and some beautiful churches of which the St. Stefanus cathedral is the most important. We were actually quite surprised by the hipness of the city. It has an unique vibe and is very happening, especially for such a relatively small town.

Croatia is a country with a lot of history, it even dates back to the prehistoric era. The islands were especially very popular amongst the old inhabitants because of the climate and good location. There are more than 1000 islands off the coast of Croatia. These islands are still very popular, but now among tourists and sailors. Despite the lack of sandy beaches in Croatia, the country is still very popular as a beach destination because of the clear blue waters and good snorkeling and diving possibilities. The most famous beach of Croatia, adorning almost every Croatia tourist board poster, is the beach on Brac island, near Bol. The beach is named Zlatni Rat, which means "Golden Horn", from above it has exactly this shape... and from above it looks like a sand beach as well, but don't be fooled and take your watershoes with you everywhere you go in Croatia, it makes beach life much more pleasant.

I'm so happy I finally got to visit Croatia. It has exceeded my expectations. The country is beautiful, full of history, beautiful nature, charming villages, crystal clear water, good food and friendly people. We will absolutely go back to Croatia more than once in the future, because there is so much more to see. Cities like Dubrovnik or the waterfalls of Plitvice and many more small islands with mysterious bays. Yes, Croatia has definitely stolen our hearts. You won't regret planning a visit to this amazing country! 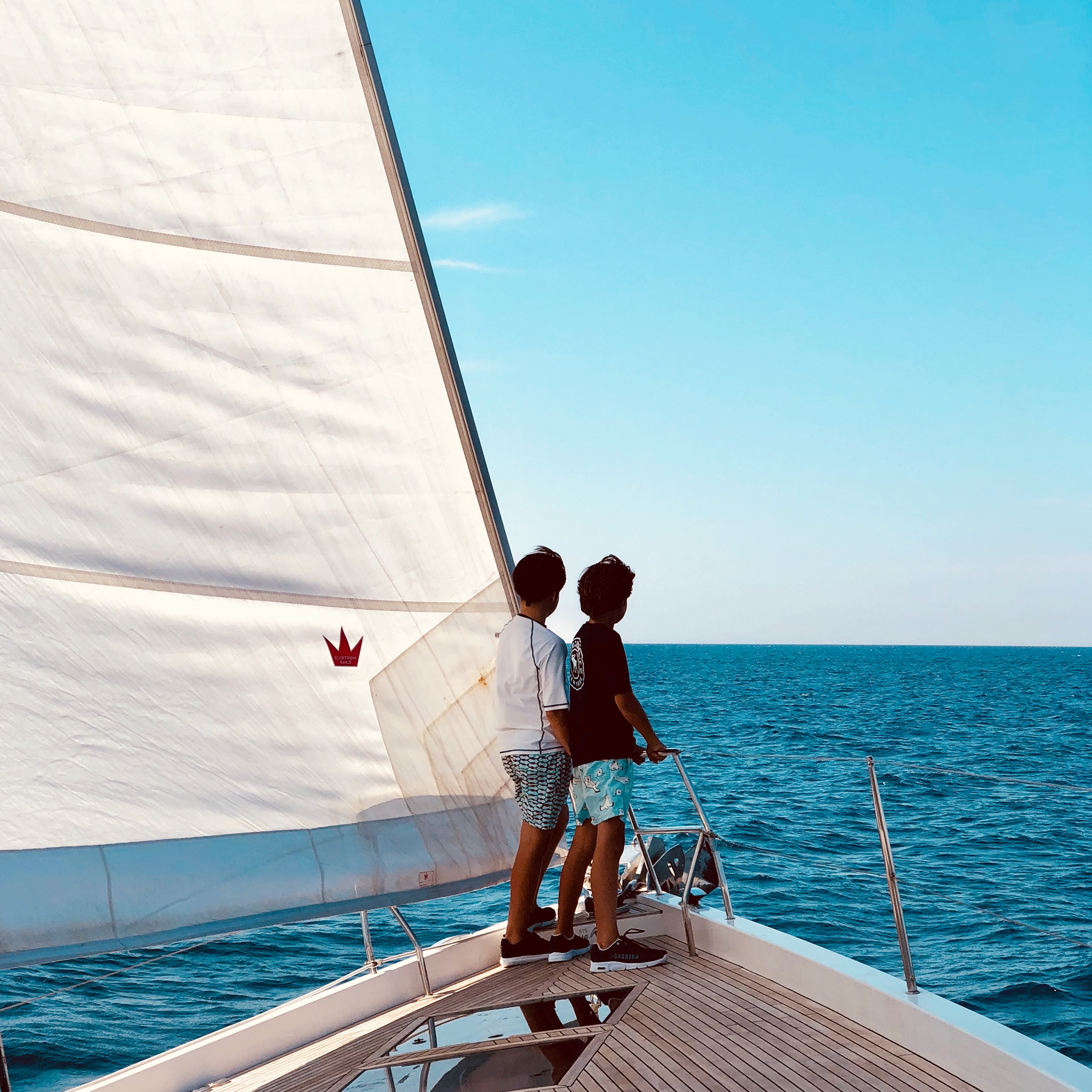 If your kids are still young and you're not yet tied to school holidays, the best time to visit Croatia is during the "shoulder season". Meaning May and June and September and October. You can expect sunny days, ideal for swimming in the sea, with all the tourist facilities still up and running but no crowds. The rest of the summer season is also very doable when sailing, but expect more boats and large crowds in the town centers.

Drive from Zagreb to Trogir, then go sailing for a week, and visiting Zadar before flying back home from Zagreb international airport, that's the way we did our trip. Going to Zagreb was a must for us because we couldn't find tickets to Trogir/Split on the days we wanted to travel. But we are very glad we got to visit the capital as well. Driving in Croatia is easy. The highways are very modern and well maintained. Expect to drive for about 3,5 hours from Zagreb to Trogir with no traffic. From Zadar to Zagreb International Airport will take you about 2,5 hours under the same, no traffic, circumstances.

There are many beautiful places to go in Croatia both by car or by boat. Do like we did and rent a sailing boat from Marina Baotic in Trogir. We didn't want to be sailing all day so we choose to only sail in a very small area. But this is of course completely up to you.